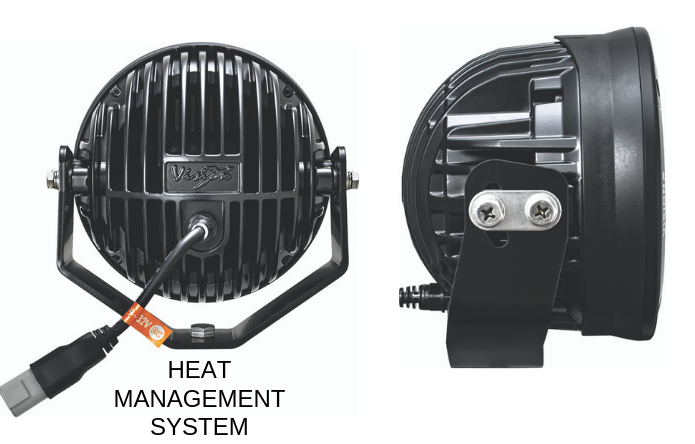 But unfortunately this argument is not altogether comprehensive. Poor quality LEDs could begin performing poorly even after just a few hours of usage.

It is not commonly known that poor quality LEDs are lower in cost because they don’t include some critical components needed for reliability, intensity and durability. This includes the heat management system crucial for ensuring that the life of the LED can be guaranteed for up to 50 000 hours.

An LED light flashes about 100 000 times a second, and in doing so, generates heat. The heat management systems slows down the flashing rate when the LED unit reaches a certain temperature. It can effectively reduce the rate at which the LED flashes by up to 30%. This extends the LED’s lifespan which enables the supplier to provide a five year warranty and up to 50 000 hour of usage.

Overheating of inferior LEDs is common, and this is the reason why these manufacturers cannot guarantee 50 000 hours usage. When creating more light output with a higher voltage, the LED produces more heat. In a perfect world (a single LED and a large heat sink with active cooling) the LED can handle up to 1.6 amps of current passing through it without being damaged. Lighting systems require a light grouping and compact heat sink for optimum beam patterns and vehicle placement, so heat becomes an issue.

Lumens is the comprehensive output that a single LED or an array of LEDs put out. Raw Lumens account for the rated output of the LED from the source. By contrast, the Effective Lumens rating accounts for the thermal, optical and electrical losses which reduces total output.

LUX is the rated output per square meter at a given distance which is unlike lumens which measures light at the source. This helps better determine whether those effective lumens are lighting up the environment with the necessary light. LUX considers the beam length and width, and is used to rate intensity at distance or width.

Grading of LEDs and Binning

Binning is used by LED manufacturers to separate grades of LEDs and to represent colour output or colour temperature within each grade to ensure matched colour and performance. One of the ways manufacturers create a competitive advantage is to use different performing LEDs.

However, many manufacturers use lower graded LEDs to create a copy-cat type of light. This is due to the reduced cost of lower grading to create price competitiveness in the market. Below is a chart of LED grading according to light output.

It is therefore important to also consider the LED’s bin rating. An “E” bin rating is the highest rating with “L”, “K” and “J” the lower ratings as per the above diagram.

Overall, the biggest threat to LEDs is heat, and therefore the most important aspect of an LED is how you drive it. All things being equal, the electronic driver is the biggest differentiating factor between available products.

Driving an LED to its full potential while keeping the LED and electronics within their manufacturer’s heat requirements is a hurdle for companies to overcome. It ensures maximum light output while retaining the long-life properties of the LED. Cheaper LED light manufacturers don’t have Thermal Management Systems (TMS) and can therefore only drive their LEDs to an average of 70% light output capacity. Companies producing premium LEDs that utilise Thermal Management Systems can drive their LED light output capacity to 100%.

Quality light manufacturers supply various industries with lighting, such as off-road, mining and space exploration. They subject their product to various tests such as Zero Atmosphere; Waterproof Test; Vibration Testing; Beam pattern testing; CE Approval; and Thermal testing to ensure the products perform to a high level of satisfaction. It is therefore important to purchase a quality LED off-road system to ensure not only an enjoyable off-road experience but one that is safe.

Open chat
1
Need some help? Send us a message.
Powered by
Hello
How can we help you?